Lindsay Lohan was spotted leaving Samantha Ronson's house again on Wednesday before she spent some time with a few of her other friends. She headed to the Americana Mall and chatted with a couple of girls over Wetzel's Pretzels. Lindsay's been catching up with acquaintances via Twitter and spreading the word about her birthday bash in Vegas this weekend. She also expressed her sadness first about the passing of Farrah Fawcett then her shock over the death of Michael Jackson as we all reflected on the life of the king of pop. 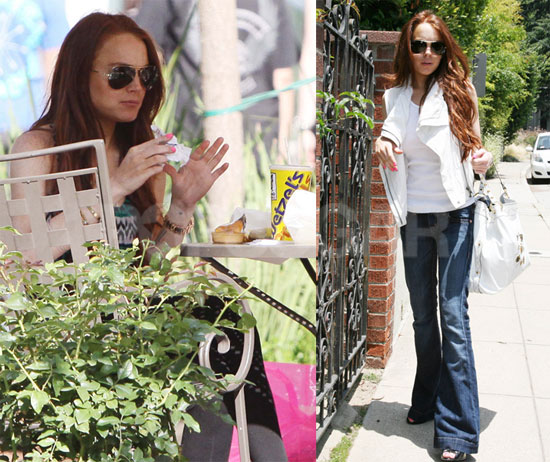 More of LL if you just read more.