Lindsay Lohan had her sister Ali by her side last night for the launch of her Sevin Nyne tanning spray at a Sephora in Santa Monica. The girls just finished getting a real tan on their bikini-filled Hawaiian vacation, but Lindsay got down to business for interviews at her event. She wasn't just pushing her products — LL also chatted about Samantha, revealing that they're still friends who talk. One ex who won't be getting in touch with Lindsay, though, is Harry Morton. He apparently wants to put their 2006 summer romance behind him, saying, "I'd like to be known for stuff I've created or things I've done. I don't want to be known for that. No way." It's not like Lindsay's wasting any time looking back on Harry anyway, since she's rumored to still be trying to engineer a reconciliation with Sam. 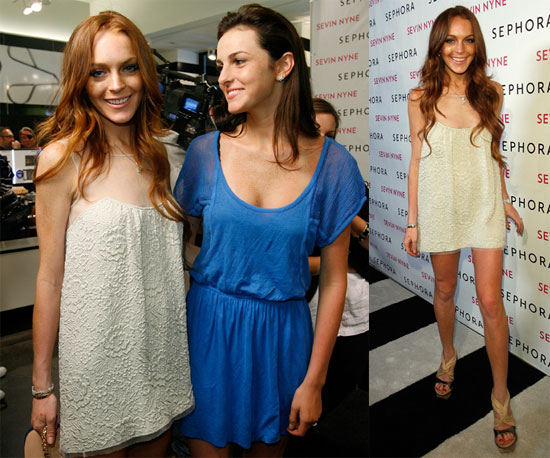 To see more of the Lohan girls just read more.