Madonna took Lourdes, Rocco and David to the Kabbalah center in NYC on Saturday as more rumors about her split with Guy Ritchie surfaced. Although Guy appears to be having fun with his Sherlock Holmes buddies things are about to get ugly with Madonna regarding a custody battle. It's possible their household staff will have to get involved to help the courts determine which parent should be raising Rocco and David. Madonna wants to stay in NYC by Lourdes's father but Guy wants the boys to be raised in London. Meanwhile Madonna is apparently gathering all of her gifts from Guy and plans to bury them. Guess that's one way to try to move on. 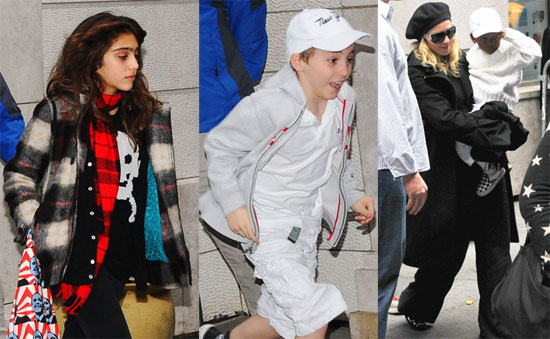 Britney Spears
Britney Spears Just Shared a Rare Picture of Her Family, and Her Caption Is the Sweetest
by Navi Ahluwalia 1 day ago