Madonna left London earlier this week and arrived at her hotel in Paris on Tuesday night. Lourdes, Rocco, Mercy and David joined her Wednesday, when they spent the afternoon sightseeing with their nannies. The big trip was for Madonna's show in the city last night, as she and her kids join the ranks of the pop star families currently traveling together in Europe. Not every country on Madonna's tour is as welcoming as France — people in Poland are staging protests because her concert there falls on a Catholic holiday in August. 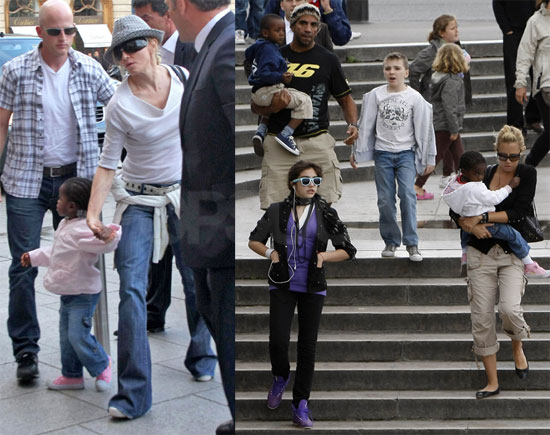 To see more photos of Madonna and her kids just read more.

Bindi Irwin
Send Tissues! This Exclusive Look at Bindi Irwin's Baby Shower Has Us in Tears
by Maggie Panos 4 days ago