Mary-Kate Olsen stopped off to take care of her hair yesterday at the Byron Williams Salon in LA. She stepped out afterwards with a shorter-looking 'do, though she was confronted with a parking ticket right on her car. Her sister Ashley was off dealing with another form of transportation as she arrived at LAX with her boyfriend Justin Bartha, who just announced his upcoming Broadway debut, as well as Eva Mendes. The trio got their traveling out of the way just in time for their New Year's Eve celebrations, and we hope you all have safe voyages and a great time wherever you ring in 2010! 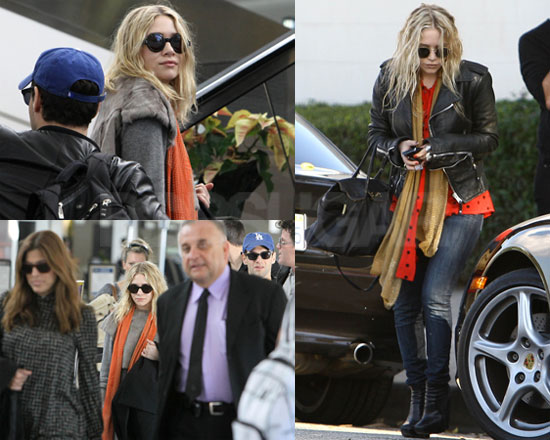