Mary-Kate and Ashley Olsen made the trek from Canada to Japan to attend a bash celebrating Opening Ceremony's store in Tokyo on Saturday. What do you think about their ears — freaky or fabulous? They were joined by Kirsten Dunst, who traveled in from LA to pose with one of the shop's owners Humberto Leon, along with Jason Schwartzman and his new wife Brady Cunningham. Jason even took part in a special film for the new location, which features many of the company's special collections — including those with Pendleton and Chloe Sevigny. One of the next stops for MK and Ashley will be NYC, where they'll participate in Fashion's Night Out in two weeks. 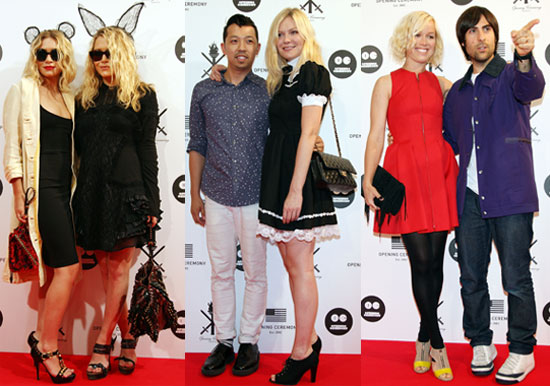 For more photos of the group read more.