Matt Damon was suited up yesterday to keep working on The Adjustment Bureau in NYC. After taking a ride on a water taxi, Matt disembarked and met up with the city's mayor, Michael Bloomberg, for another afternoon of filming together. Matt's effortlessly switched from promoting The Informant! to getting into character for his latest film, and his home base in the city should ease the process. Matt and his wife Luciana looked into upgrading their Manhattan apartment to an eight bedroom apartment on Fifth Avenue earlier this year, which sounds like a pretty cozy place to rest up between days on set. 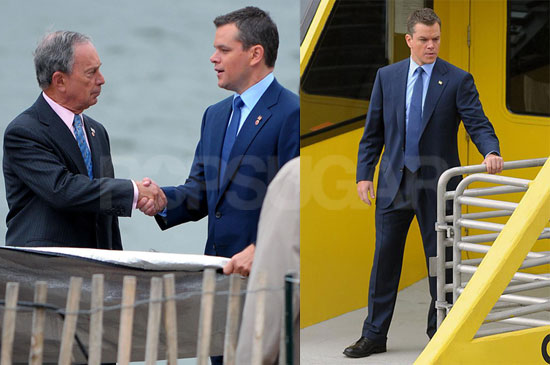