The Beverly Wilshire Hotel in LA hosted a special UNICEF Ball last night to honor producer Jerry Weintraub. The man of the evening posed for photos on the blue carpet with George Clooney. Matt Damon posed alone, and his new movie, Invictus, is out today — read Buzz's review here. George's vacation buddies, Cindy Crawford and Rande Gerber, stuck close together, though Brad Pitt and Angelina Jolie skipped the flashbulbs and headed inside along with Elisabetta Canalis. Yesterday also marked Human Rights Day, which prompted Angelina to pen an article for Newsweek. She wrote about the ongoing crisis in Sudan, questioning the Obama administration's policies toward the country and its leaders on the same day the President picked up his Nobel Peace Prize. 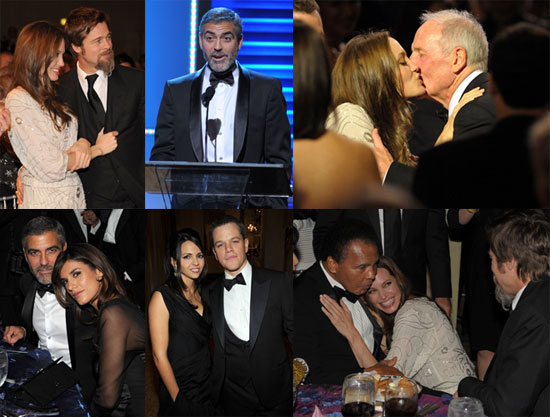 Despite the day's heavy subject matter, Angelina seemed to keep it light inside the bash. She planted kisses on Jerry before he accepted an award from George, who lauded the producer by saying, "When it comes to charities, nobody guilts better." Angelina then moved on to show some affection to Muhammad Ali while an amused Brad laughed. Matt Damon linked up with his wife Luciana once inside, and George kept Elisabetta close during the dinner. 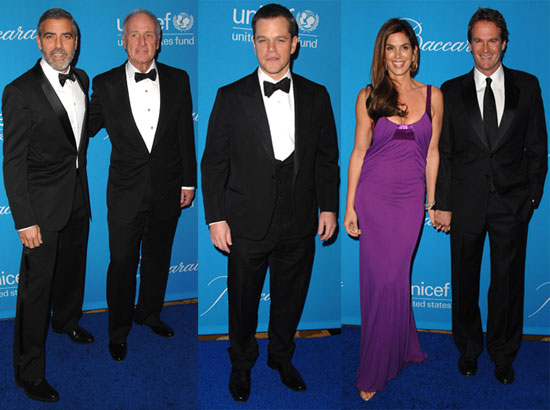 To see more from the bash, just read more.