Matt Damon lived up to his reputation as one of the nicest guys in Hollywood, signing autographs for fans with a smile at LAX on Saturday. We're not the only ones who appreciate Matt — he's been chosen to receive a lifetime achievement honor at the American Cinematheque Awards next year. His career isn't winding down, however, especially with a few movies coming out before the end of 2009 and work on his next project underway already. Matt will be joining his friend George Clooney at the Venice Film Festival, which kicks off this week, but there's business to take care of in California before heading overseas. 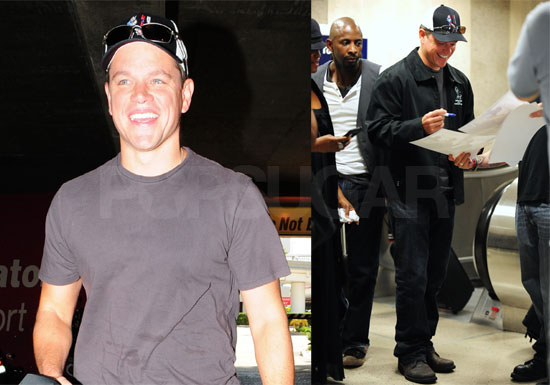