Matt Damon was spotted leaving Nobu in London Friday night, dressed in black from his beanie to his Blackberry. He's been working on The Human Factor in South Africa, but he hasn't been forgotten here in the States — he's on his way to knocking Neil Patrick Harris out of the Pop 100 as Round Two comes to a close in just a few hours. Be sure to fill out your bracket before it's too late! 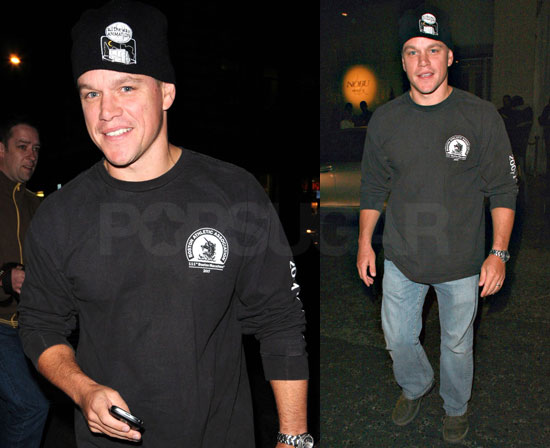