Matt Damon filmed scenes for The Adjustment Bureau in NYC yesterday, both on a boat and with Mayor Bloomberg, before premiering The Informant! last night. He held hands with Luciana on the red carpet, where he talked about how much he likes George Clooney's new girlfriend, Elisabetta. Matt said it was nice to see George so happy when they got together this Summer in Lake Como. Matt's been juggling meeting politicians, filming his current movie, and promoting his movie, but he still found time to film the funny mustached slow motion fight scene that aired on Kimmel last night — check out the video below. 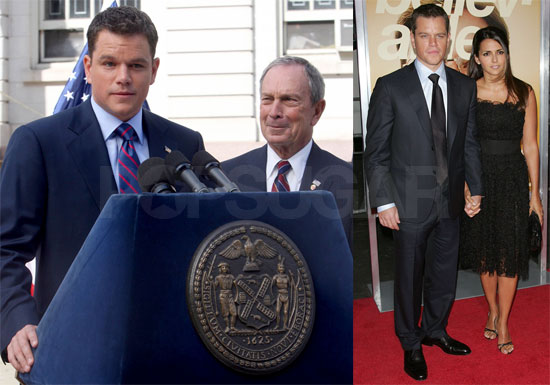