Matt Damon was photographed heading back to his hotel in NYC yesterday. Matt stopped up at the Toronto Film Festival over the weekend where he hosted Bill Clinton at a ONEXONE charity event. The Informant! hits theaters this Friday, which means a few more days of promotional work for Matt before it's time to relax and see how one of Buzz's comedy picks for the Fall fares at the box office. Steven Soderbergh convinced Matt to do some shape shifting for the Informant role and the two are teaming up for another new project — Damon will play the lover of Michael Douglas's Liberace in an upcoming film about the performer's life. 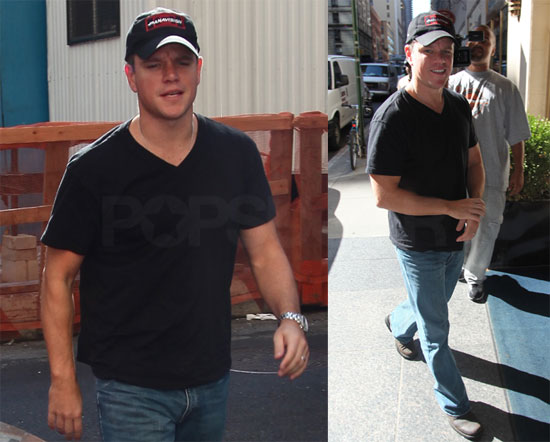