Matt Damon seemed well prepared for the brisk London weather earlier today as he prepped for a scene outside the Charles Dickens Museum in London. Yesterday Matt received the exciting news of his Oscar nomination and had nothing but kind words for his Invictus and Hereafter director Clint Eastwood and costar Morgan Freeman. The Best Supporting Actor category is stacked with tough competition including Golden Globe and SAG winner Christoph Waltz. Even if Matt doesn't take home the Academy Award, he's already been named the recipient of this year's American Cinematheque Award for his work in the film industry. 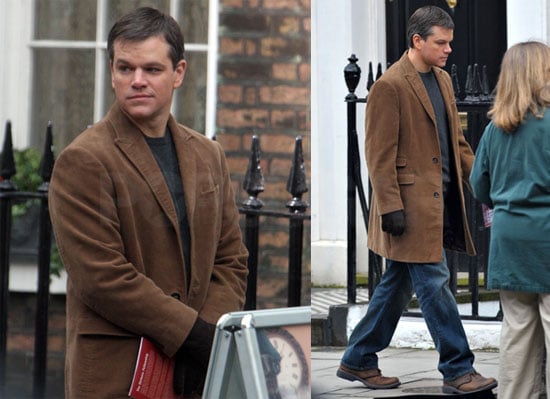 More photos of Matt on set so read more.

Celebrity Couples
Matt Damon Is Ready For a Ben Affleck and Jennifer Lopez Reunion: "I Hope It's True"
by Grayson Gilcrease 5/11