Matt and Luciana Damon left LA last week and headed to Venice to promote The Informant! at the city's film festival. They stepped out for dinner last night, before Matt was up bright and early today for a photo call with director Steven Soderbergh. Matt opened up about the process of making the movie, which involved piling on the pounds, saying, "It was probably the funniest time I ever had working because I didn't have to think 'I have to go to the gym after work', and I just basically ate everything that I could see." He's already back to his usual hot shape and adding sparkle to the cinema event with his charming smile. 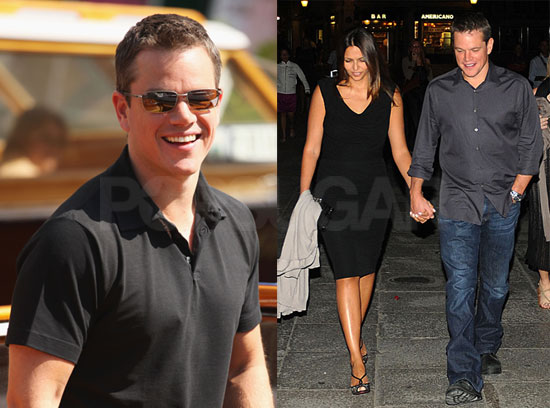