The stars of Shutter Island gathered in NYC last night for their first American premiere. Michelle Williams and Leonardo DiCaprio joined Martin Scorsese on the red carpet, as they promoted their film that follows in the tradition of mental hospital thrillers. The trio was also together last weekend for a screening in Berlin, and Leo made time afterwards to take his girlfriend Bar Refaeli out in Germany. Leo's talked about working with Martin in Parade and Esquire, and he was happy to speak more about their partnership. "He really gives actors ownership of their characters and almost finds the emotional narrative through the actors that he hires," Leo said. "That's so empowering and it makes you trust yourself as an actor and go places that you maybe, normally wouldn't." 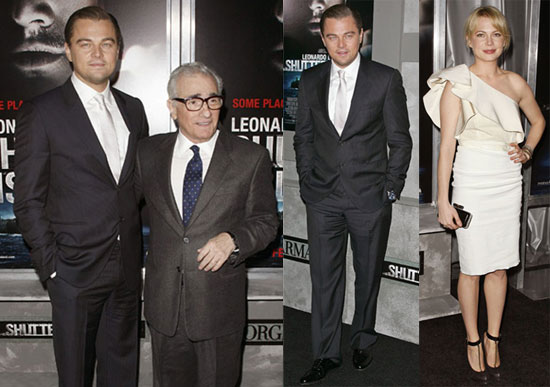 To see more from the red carpet, just read more.

Netflix
Don't Look Up Isn't a True Story, but It's Inspired by These Real-Life Events
by Divya Meena 11/22/21