Robert Pattinson showed off some longer facial scruff while out in LA last night. He joined a few friends for a show at the Hotel Cafe bar, and word apparently got out that the New Moon star was there — he had to make a dash out to his car, but he took all the attention in stride and was laughing once safely in the backseat. He has managed to lay pretty low for the past two weeks, after arriving at LAX with Kristen Stewart just before Thanksgiving. She wasn't alongside Robert for yesterday's excitement, though their Twilight costar Taylor Lautner has been having some fun of his own out with Taylor Swift. We're already gearing up to see the trio in Eclipse and potentially two Breaking Dawns, but Robert will soon have to switch gears to promote Remember Me — check out that trailer — and film Bel Ami with Uma Thurman. 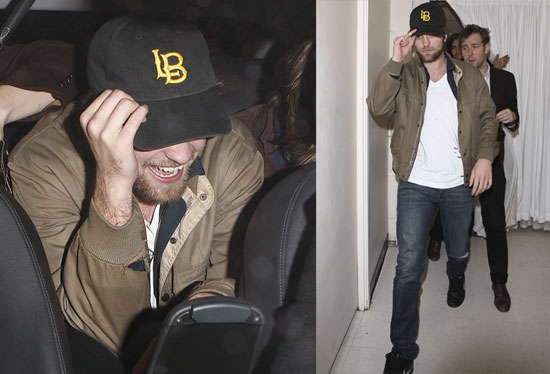