Kellan Lutz arrived back in LA yesterday after spending a few days in sunny Miami. While there he opened up about a new companion in his life — he recently rescued another dog, Kevin! We know how devoted he is to his first pup, Kola, which led to some hot abs action posing with his pet and promoting New Moon. Meanwhile, Kellan's kissing partner AnnaLynne McCord echoed his sentiment about just being friends, so it sounds like his attention can go towards loving his four-legged friends now that he has some time off from Twilight. 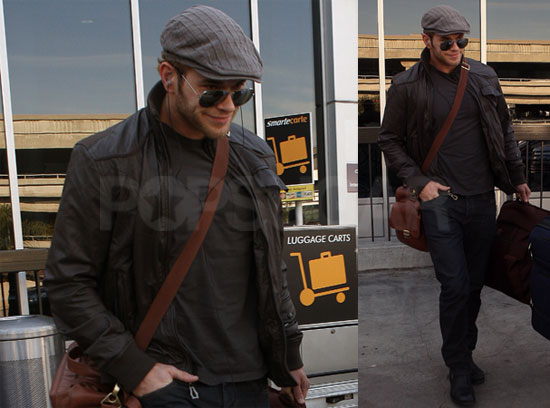 Kellan LutzTwilight
Around The Web