Ryan Phillippe spent his Sunday afternoon visiting friends and toy shopping with mini me Deacon and Ava while reports surfaced that the actor split from Abbie Cornish. She was seen moving her belongings out of his house on Saturday as well. Over the past few months, there have been rumors of trouble and even cheating in the more than three-year-long relationship. Still, Ryan has continued to support Abbie at events and on red carpets as she continues to be picked as a rising star in Hollywood. We admit that we've never been huge fans of the couple and we weren't the only ones who had a hard time warming up to them, since they sprung out of his breakup from Reese. Even so, they lasted longer than we ever expected, and we wish Ryan and Abbie the best and hope it's not too hard on his kids. 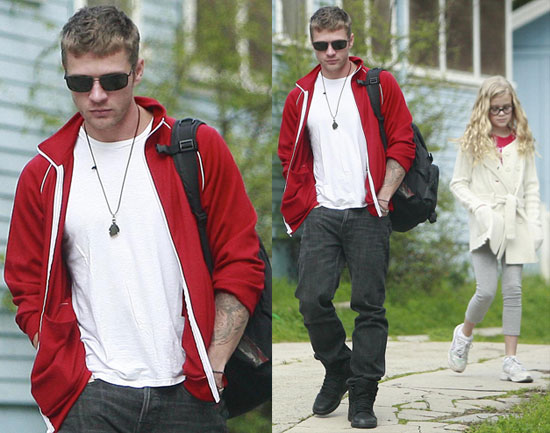 Celebrity Kids
Joaquin Phoenix and Rooney Mara Name Their Newborn Son in Honor of His Late Brother, River
by Kara Kia 3 days ago