Nicole Kidman joined Daniel Day-Lewis on the Rome set of Nine yesterday. He's been hard at work on the movie for a few months, but this is the first time we're seeing Nicole in character for the musical. The duo were at the famous Cinecita studios to film a scene in which they had to flee the waiting paparazzi — a scenario Nicole is pretty familiar with. Shy Nicole doesn't love all the flashbulbs in real life but she just might welcome them as part of a scene. 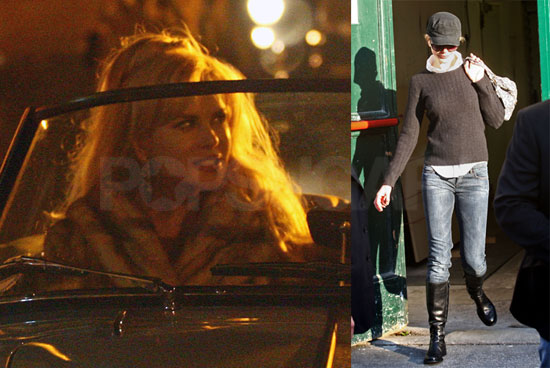 To see more of Nicole and Daniel on set just read more.

Nicole KidmanDaniel Day-Lewis
Around The Web