Nicole Kidman had two handsome Aussies by her side at the premiere of Australia in Sydney today. Costar Hugh Jackman posed with the actress for a photo call before they hit the red carpet at the Musem of Contemporary Art. While Keith was there for moral support, Nicole talked about how hard it was to leave baby Sunday back in Nashville. It sounds like being a mom again is having a pretty big effect on Nicole, who also mentioned that she'd consider giving up acting to continue expanding her family. She said, "In terms of my future as an actor and stuff, I don't know. I mean, I'm in a place in my life where I've had some great opportunities – but I may just choose to have some more children." It's hard to imagine Nicole just stepping out of the spotlight, and with a handful of new projects already in the works, we don't imagine it will happen anytime soon. 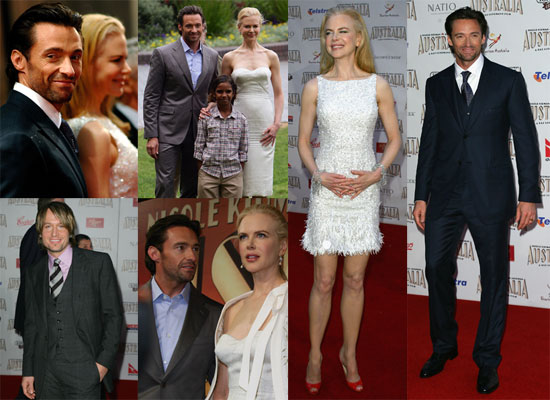