Nicole Richie and Joel Madden hit the red carpet last night in LA for the Noble Humanitarian Awards, where he picked up an honor for his extensive charity work. We've had more than a few glimpses of Nicole since she gave birth to baby Sparrow last month, but this marks her first official outing as a mother of two. Harlow and Sparrow stayed home for the evening, but Joel happily gushed about his kids. He opened up about Harlow becoming a big sister, saying, "She loves it. She's so happy, she's just psyched. . . . She totally gets it. It fit in perfectly there – hasn't been a hitch." Things in the Richie-Madden household seem to be going great, especially amid rumors that Nicole and Joel made things official last week. 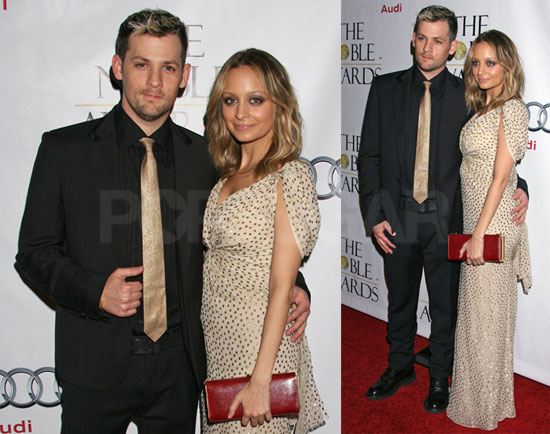 To see more of Nicole and Joel on the red carpet, just read more.