Nicole Richie paid homage in her hippie chic style as she and Joel brought Harlow to the Kidstock Festival in LA yesterday joining other celebrities like Jason Bateman and his adorable daughter Francesca. Later on Nicole and Joel skipped out on watching the MTV Movie Awards and opted for dinner together instead. By the time next year's Kidstock rolls around, Nicole will have another baby to bring along and help celebrate at the annual event to support arts programs for kids. 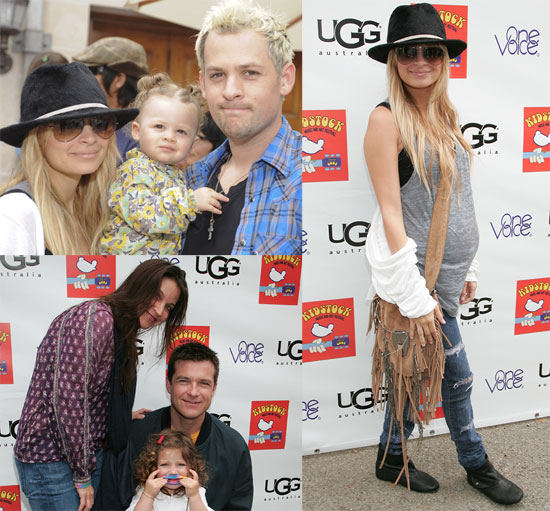 To see more photos of celebrities with their babies, just read more.

Mandy Moore
A Round of Applause For Mandy Moore, Who Was Still Filming This Is Us at 38 Weeks Pregnant
by Victoria Messina 2 days ago

Meghan Markle
After Meghan Markle Shopped This Maternity Dress on Her Own, Sales Increased by 500%
by Sarah Wasilak 4 days ago