After showing off House of Harlow in Canada, Nicole Richie was back in LA grabbing coffee with Joel at Starbucks yesterday. Now that Joel's a blond, he and Nicole are starting to look a bit alike these days. According to his Twitter, Joel will be all over the world for the next week, and while he's away it sounds like he might have to worry about Nicole's wandering eye. 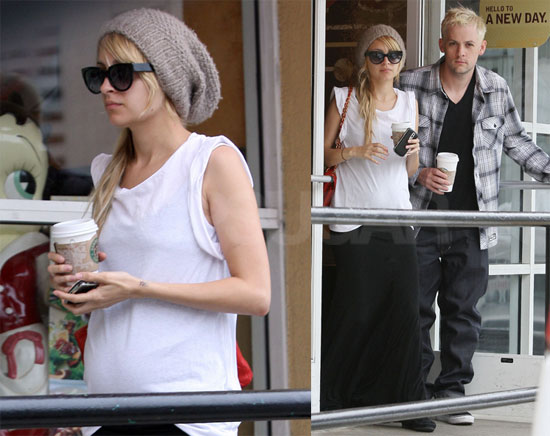 Celebrity Pregnancies
Leslie Odom Jr. and Nicolette Robinson Are Expecting Their Second Child in March 2021
by Karenna Meredith 2 weeks ago