All eyes have been on the runway in NYC this week, but when Nicole Richie arrived at the Nanette Lepore show earlier today everyone focused on her left hand. Nicole unexpectedly announced her engagement to Joel Madden during a taping of The Late Show that will air this Friday. Celebrity jeweler Neil Lane revealed he was commissioned by Nicole and Joel to design the band. He said, "Nicole wanted a beautiful, special ring and wanted to be intimately involved in the design," while Joel, "just wanted her to have her dream ring." 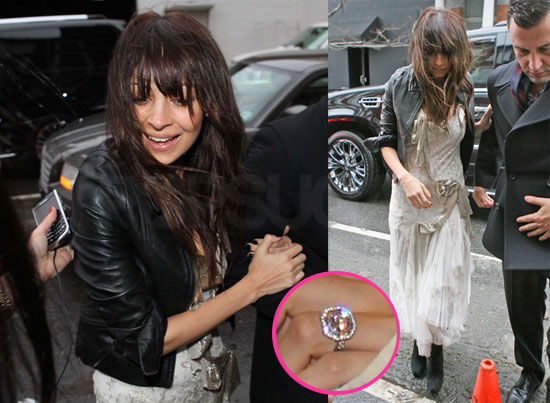