President-elect Barack Obama had a huge week, and while he certainly deserves the spotlight, Oprah Winfrey also shared a bit of his attention in the past few days. For starters, she was teary-eyed in Chicago while watching Obama's speech, and followed up with a special episode of her talk show dedicated to the future commander-in-chief. Today she even had the man who shared her joy and tears as a guest, though it was Will Smith who stole the show as he re-enacted his emotional reaction to the election announcement. It wasn't all about politics though. Oprah also chatted with Brad Pitt, had a hilarious guest spot on 30 Rock, and even used a porta-potty for possibly the first time in years. Talk about an exciting week! 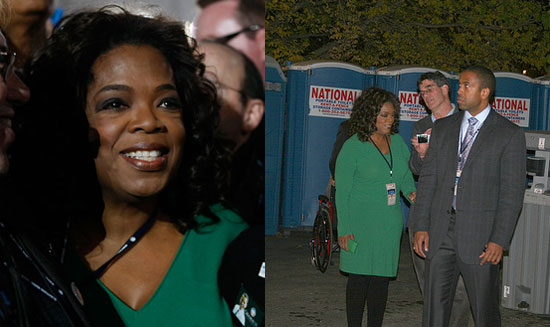 Oprah Winfrey
Oprah's Favorite Things Are Here, and These Are the 3 Books She Wants on Your Radar
by Shelcy Joseph 11/06/20