Orlando Bloom tended to his cell phone after lunch with a friend in LA yesterday. He's been more focused on his charity projects than film work lately, but laying low might be just what Orlando needs after the Summer robbery of his LA home. Some progress in the case is being made — the LAPD has linked his burglars to those who broke into Lindsay Lohan's place, and some recently found computer evidence seems to indicate that the crimes were linked. 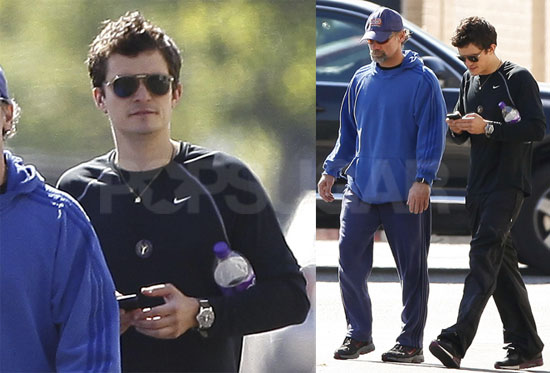 Celebrity Families
Katy Perry Is Saving Her Iconic Wardrobe For Daughter Daisy: "I Think About It All the Time"
by Karenna Meredith 5/24/21