Orlando Bloom showed off a new look on the LA set of Sympathy for Delicious yesterday. He seemed a bit wary to show everyone his wig — and rightfully so since it's not quite his hottest look. Also on set was the film's director, Mark Ruffalo, who is now focusing on his work since his brother's tragic death last month. Orlando wound up in this movie after James Franco had to drop out, but it's hard to imagine that hot James would look good with that hair either. 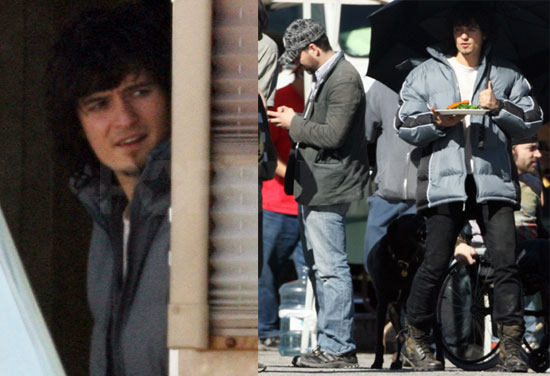 Mark RuffaloOrlando Bloom
Around The Web