Paris Hilton posed with her new shiny pink Bentley during a shopping trip in LA with her BFF Brittany yesterday. It hasn't been the best week for the heiress after being robbed a few days ago, but she's still smiling. Paris isn't giving up on retrieving her jewelry and she even issued a public plea for the thief to return her items, saying that if they are brought back anonymously the culprit won't be charged. In the meantime she's upped the security at her house and Paris has her pink car and new friend to accompany her on as many shopping trips as she needs to start feeling better. 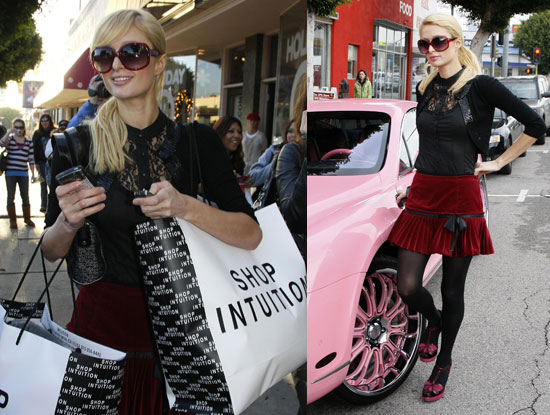 More of Paris and her BFF so just read more.

Paris Hilton
19 Quotes Paris Hilton Blessed Us With in Her New Cooking Show, Including "These Spoons Are Brutal"
by Caitlin Gallagher 1/20/20

by Kara Kia 45 minutes ago