Paris Hilton took a timeout from her personal drama to film her reality series at MTV studios in LA yesterday. She was up and working despite her late Wednesday night with Cristiano Ronaldo, which got pretty steamy at MyHouse. New details have emerged about her split from Doug — she supposedly followed him to a bar on Tuesday and ended up throwing ice and fruit at a girl talking with him. Paris's rep said the story is exaggerated, and Doug, meanwhile, made a statement that he, "refuses to take part of this ridiculous media circus. He wishes Paris and all of her future boyfriends the best of luck." His resolve apparently didn't last too long, as Paris is said to have apologized to him last night and spent the night at his house. 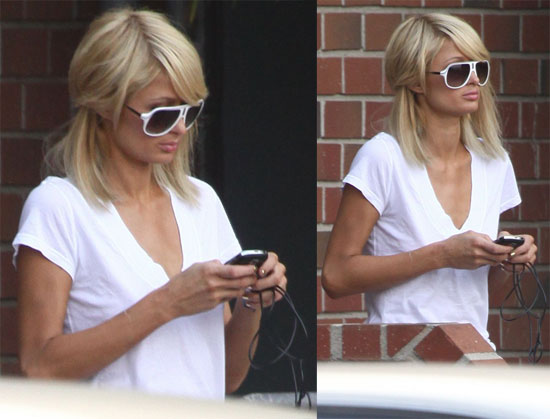 by Maya Richard-Craven 3 hours ago