Paris Hilton put on a party dress to celebrate the premiere of her British BFF search in London earlier this week. She might be on the hunt for a new gal pal but one thing she isn't looking for is a boyfriend overseas. Though she's supposedly flirted with him in the past, Paris denied she would ever date Prince Harry, out of respect for his ex-girlfriend Chelsy Davy. She might joke around sometimes, but it looks like Paris takes her friendships seriously. 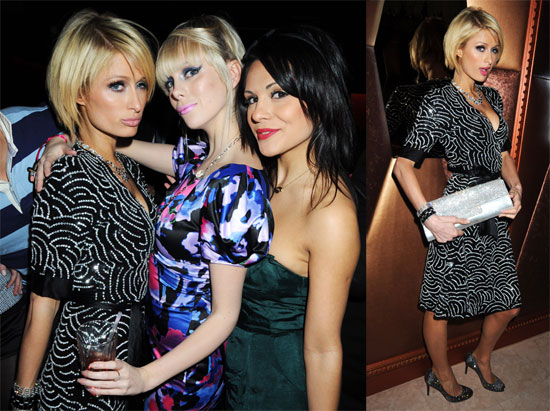 To see more photos of Paris and her potential BFFs just read more.