Penelope Cruz and Javier Bardem weren't shy about their PDAs during a recent walk in Beverly Hills. The duo grabbed lunch at the restaurant Kate Mantilini before heading off hand in hand toward an office building. Their good times continued into Saturday evening, when they met up with Diane Lane and Josh Brolin, who you guys are loving, for an Argentine dinner. Javier and Penelope's Thanksgiving buddy Sean Penn was also there for the meal, though it didn't look like he brought a date of his own along. It's a big month for Penelope with the upcoming Christmas release of Nine, though the memory of her demanding performances is still fresh for her. Despite her busy press schedule, she still has a little downtime to reconnect with a few of her closest pals and, of course, her possible fiance Javier. 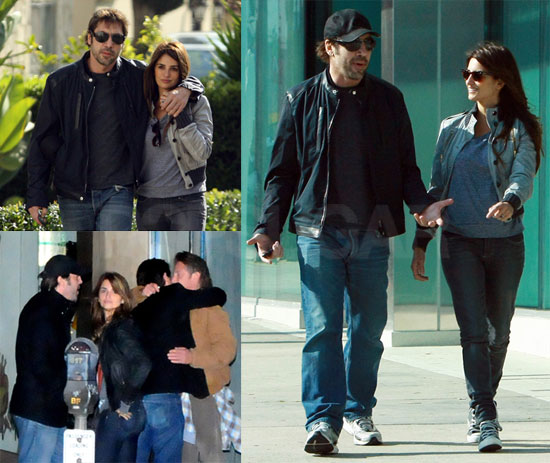 To see more of the group in LA, just read more.