Penelope Cruz looked beautiful in her black lace dress walking into Michael's restaurant in NYC last night. She was sporting a sparkly ring on her left hand, which we've seen before but could have more significance now that most of us are starting to believe rumors she's engaged to Javier Bardem. We wouldn't expect an official announcement from the private couple, nor did she do more than evasively deny the stories that she was expecting. The Vanity Fair cover girl did, however, make a joke about Javier's air guitar skills in the magazine, so perhaps it's a sign they they'll be slightly more open about their love in the future. 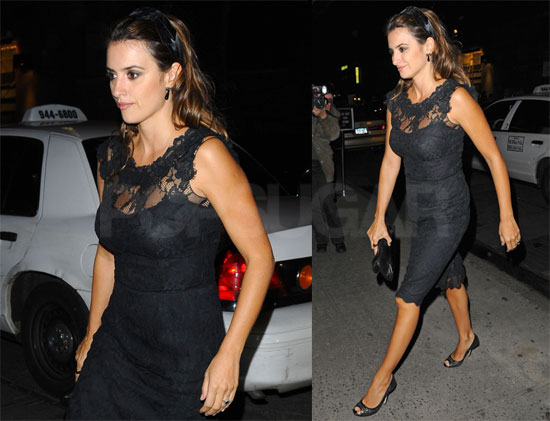