The party rolled on at the Cannes Film Festival last night and this time Penelope Cruz felt well enough to make it — but only for half an hour! A bad bout of food poisoning kept Penelope from her scheduled appearance to present the trailer for Nine over the weekend. Orlando Bloom, who debuted a slicked-back look, and his gorgeous girlfriend, Miranda Kerr, joined some Cannes regulars like Paris and Doug. The heiress is so excited about her life these days that she even gushed about wanting kids with the Beckhams as godparents. Cannes is getting more star-studded by the day as the glamorous festival welcomes more familiar faces and amazing fashion. 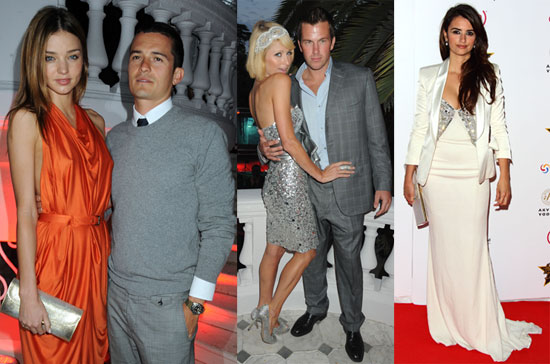 To see more from the party including Paris, Doug, Penelope and others just read more.