Pete Wentz had Bronx on his back yesterday when they stepped out to tackle their holiday lists without Ashlee. It was apparently a pretty successful trip, since Pete twittered that his Christmas shopping was all done. Ashlee was with Pete later in the afternoon, though, when they hit the grocery store to pick up a few bags of food. They'll continue nesting in New York for the foreseeable future, as Ashlee's stint on Broadway goes until Feb. 7. She was off for a performance last night as Pete headed out to see the premiere of Sherlock Holmes, where he was apparently pretty captivated by Jude and RDJ's good looks. 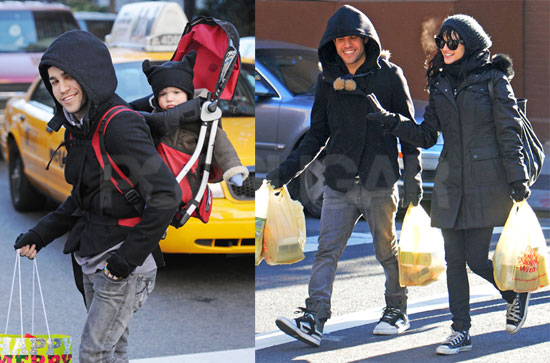 To see more of the Wentz-Simpson family, just read more.