Many of the stars from Eclipse have been chilling out during their time in Vancouver, but Kellan Lutz and Peter Facinelli stepped out Thursday to take care of some off-set business. Kellan, fresh from his bicep-baring run in the rain, did a little shopping at an Armani Exchange. Peter Facinelli, meanwhile, appeared to be bringing the gym home with him as he carried some weights back into his hotel. We just got another preview of what's to come in New Moon, but Peter and Kellan are up in Canada with the rest of the cast hard at work on the next installment in the Twilight series. 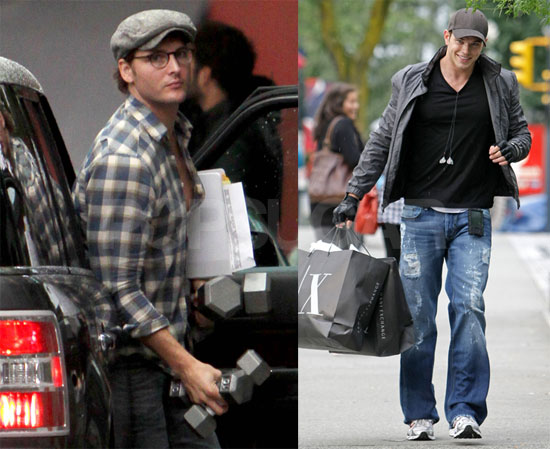