Ben Affleck looks a little worked up on the cover of April's Esquire, but while he did express a few frustrations, in the interview he remained a perfect gentleman. He talks about his new movie State of Play, which opens on April 17, and how he's actually "a pretty boring guy" in real life. Here's more: 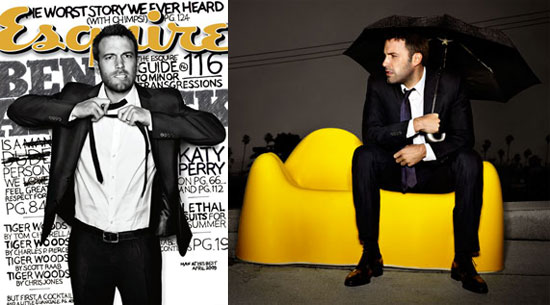 Ben's passionate opinions make it hard to believe he's as boring as he says, but it's sweet to read how important it is to keep his precious family protected and provided for.

Ben AffleckEsquire
Around The Web

Celebrity Quotes
BTS Finally Sheds Light on Their Relationship Status: "Our Love Life . . . Is With All the ARMYs"
by Grayson Gilcrease 2 days ago