Clive Owen and his sexy smirk are on the cover of October's Details, as he begins promoting his latest movie, The Boys Are Back. The film centers on a sportswriter who loses his wife to cancer and has to raise his two sons on his own. Clive talked about his own childhood and mentioned he's not working on much else because he hasn't read any good scripts lately. Here's more: 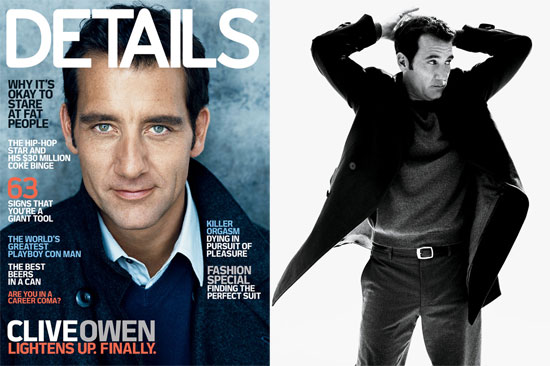