Kate Winslet glows on the latest cover of Parade Magazine and brings her refreshing candor to the interview as she promotes Revolutionary Road. Kate opened up about what it was like working with Leonardo DiCaprio after all of these years and how her husband helped keep their chemistry natural. Here are some highlights: 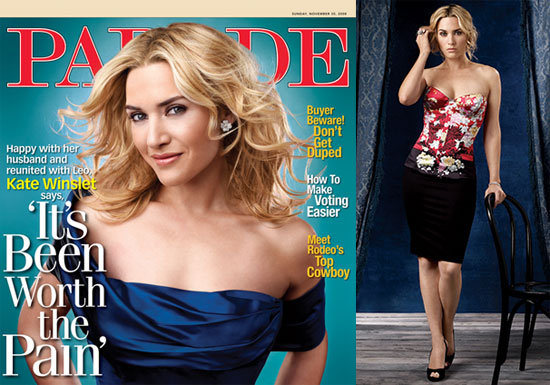 We can't wait to see if the chemistry is still there between Kate and Leo but considering the talent between those two, we can count on a fabulous film.