The closest Carrie Bradshaw got to magazine editing was writing freelance for Vogue, but inside the March issue of Harper's Bazaar Sarah Jessica Parker channels the look of legendary editor of both publications, Diana Vreeland, for a photo shoot. SJP sat down to chat about her new trio of upcoming fragrances, her family and her fashion. Here's more: 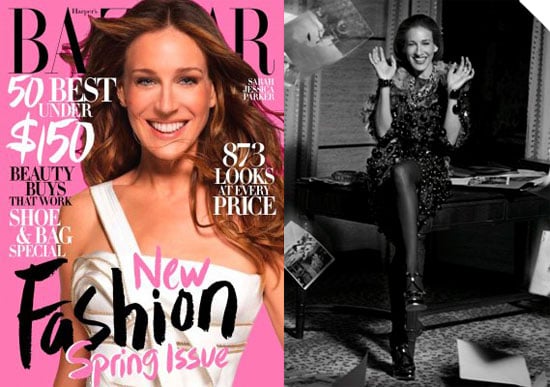 SJP is focusing on her fragrances at the moment, but she'll soon get back into Carrie's couture as she and the other ladies of SATC just officially signed on for the sequel!

Rihanna
If Rihanna Taking Out the Trash in Neon Pink Heels Isn't a Whole Mood, IDK What Is
by Nikita Charuza 8/04/20