There's been lots of love for James with all the critical acclaim surrounding Milk, and he recently opened up a little more about the experience of working with Sean Penn. He's also looking sexy on the cover of December's BlackBook, chatting with the magazine about going back to school — he's working on master's degrees at both NYU and Columbia — as well as his career and his past. Here's more: 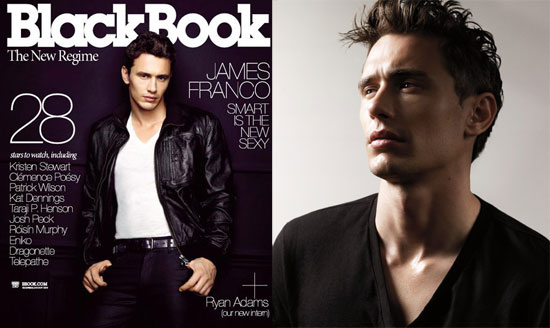 James seems to be a little more introspective than the average actor, but it's great to see he's learning to enjoy some of the perks of his increasing fame.