We got a peek at Robert Pattinson and Kristen Stewart's romantic spread in Harper's Bazaar yesterday — ICYMI, check out the amazing outtakes of Rob and Kristen here — and now the full interview is out along with a few new photos. The duo is currently apart promoting New Moon on opposite ends of the globe, with Rob most recently in Japan and Kristen in Mexico with Taylor Lautner. In this interview, though, they were very much in the same place as they discussed romance, relationships, and compared each other in a variety of ways — there's also a video from the shoot after the jump. Here's more: 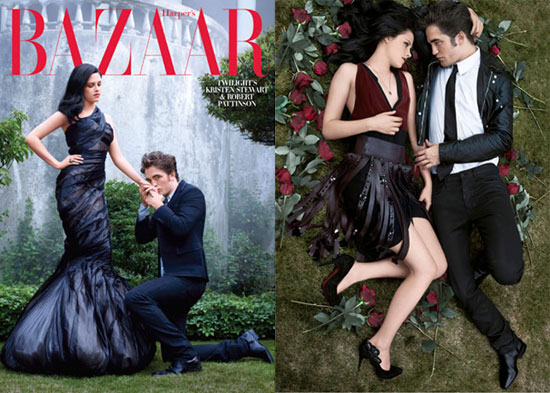 To see Robert and Kristen talking about who's more egotistical, superstitious, and self-Googling, as well as a video, just read more.