Hunter Parrish went preppy for a photo shoot appearing in next month's GQ. It's a slightly different look than cover guy Channing Tatum's shirtless poses — not that we haven't been treated to that hotness on the show — and Hunter's interview also got a little sillier. He chatted about how he almost ended up as the leading man in High School Musical, older women, and his decision to show some skin on Weeds. He said: 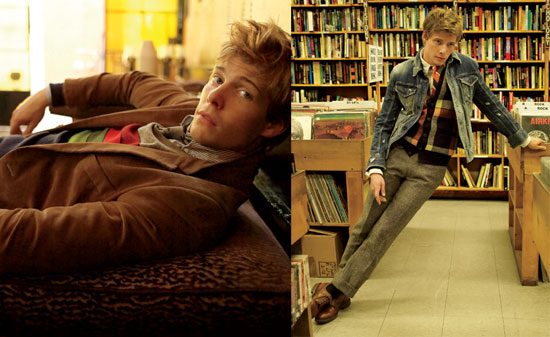