Today held another round of runway shows at New York Fashion Week as the stars tirelessly head out to Bryant Park to see the latest fashions. Rachel Bilson supported her good friend Brian Reyes and his Spring collection. Kirsten Dunst laughed in the front row of the Rodarte show which displayed Native American looks. Kristin Cavallari showed off her sexy black dress with a cutout back at the Walter presentation as many other celebrities like Nicky Hilton, Amanda Bynes and of course Anna Wintour checked out the scene. 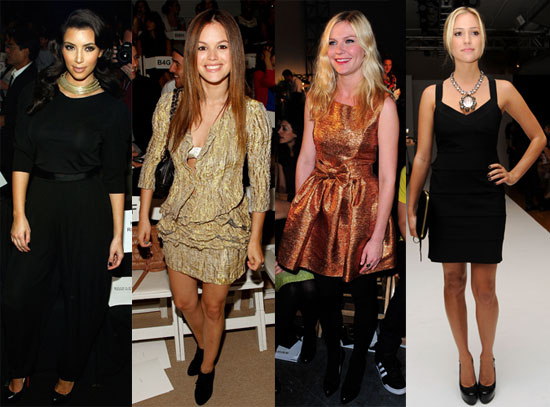