Bethenny Frankel kept the bikini times coming yesterday while on her honeymoon with husband Jason Hoppy in St. Barts. The pair also soaked up the sun together earlier in the weekend, as they continued filming for her reality show Bethenny's Getting Married. She and Jason got married over a week ago in a lavish ceremony at NYC's Four Seasons, where she covered up her seven-months-pregnant stomach with her white wedding gown. Bethenny didn't seem too worried hiding her bump in her latest two-piece, while Jason was showing some shirtless skin of his own. 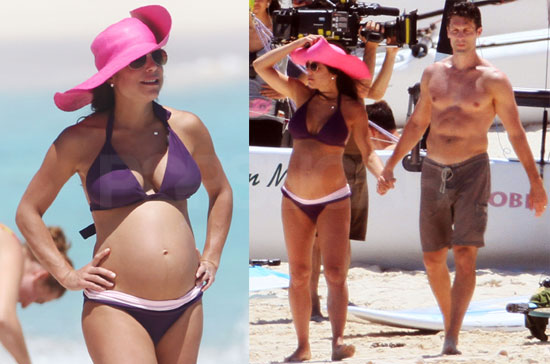