Birthday girl Reese Witherspoon struck a serious pose on the blue carpet Sunday afternoon at the LA premiere of Monsters vs. Aliens. She then got a little sillier doing her best Mr. Spock Vulcan greeting while wearing a sexy, short Rodarte dress, hot off the runway. Costars Kiefer Sutherland, Hugh Laurie, Seth Rogen and Will Arnett with wife Amy Poehler all joined Reese at the event. Paul Rudd, who is also in the film, flashed a big smile, and considering his film, I Love You, Man, came in second at the box office this weekend he has plenty of reasons to be thrilled. Looks like it will be a good month for him. 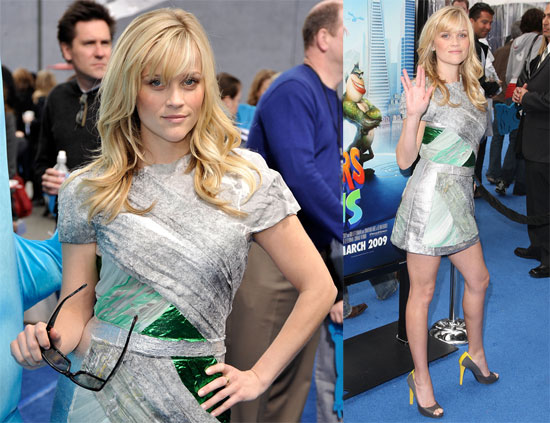 To see more photos including Jack Black, Rainn Wilson, and many others just read more.