Future co-stars Robert Downey Jr. and Rachel McAdams were joined by Guy Ritchie yesterday for a press conference in London for Sherlock Holmes. We're so excited to see so much talent joining forces for the project, and it sounds like Robert Downey Jr. is feeling equally confident about the film, saying, "In case you aren't aware I had a hell of a summer, and it's made me much more viable to play a lead role than I might have (been) in the past. Clearly I'm going to do it better than it's ever been done. The more I read about it the more overwhelmed I was by the weight of it and the amount of people who will be watching to see if it's gotten right." Sounds like RDJ is still on top of the world after the big success of Iron Man and Tropic Thunder, and hopefully he can churn out another blockbuster with lovely Rachel's help. 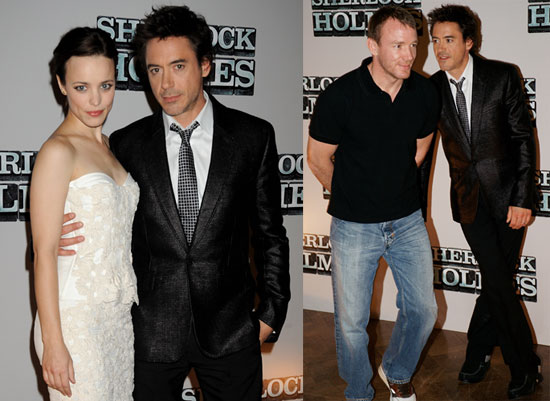 To see more of Rachel and Robert in his shiny suit, just read more.

Rachel McAdams
Is Rachel McAdams Really Singing in Eurovision Song Contest? Not Quite
by Kelsie Gibson 6/27/20