Robert Pattinson landed in Nice a few hours ago, greeted by a typically large crowd of fans anticipating his arrival at the Cannes Film Festival. New Moon filming has wrapped in Vancouver, but Rob's pretty face isn't going into hiding anytime soon. After his time in Cannes, he'll be joining his costars on stage at the MTV Movie awards at the end of the month. So much Pattinson goodness to look forward to, but wouldn't it be even nicer to enjoy all the photos and appearances while wrapped in a jacket right off Rob's back? Don't forget to enter our exclusive giveaway before it's too late! 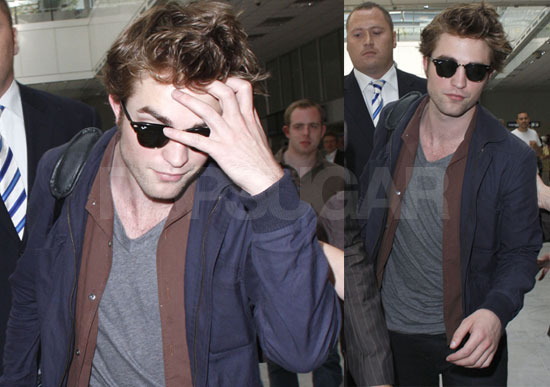 More of Rob making his way through the crowds so just read more.