Robert Pattinson and Emilie de Ravin filmed late into the night yesterday, sitting and talking on the steps of a brownstone in Brooklyn. The duo looked picture perfect as usual and Rob took the chance to sneak smokes between takes. Robert will be done shooting Remember Me soon and before he starts on Eclipse he's expected at Comic-Con in San Diego and the Teen Choice Awards in LA where he'll have costars — like yes, Kristen Stewart — by his side. If that's not enough to fill your Twilight desires, Reelz Channel is launching a weekly primetime show devoted to the movie. That's a lot of Robert. 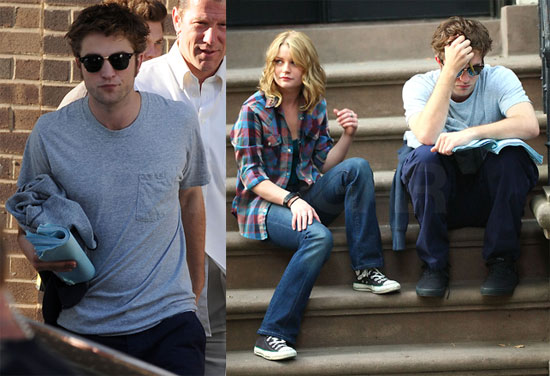 To see more of Robert and Emilie just read more.