Robert Pattinson flashed a smile yesterday as he left the Budapest set of Bel Ami. He changed out of the period costume, which we also got to see while he was working in Hungary over the weekend with costar Kristin Scott Thomas. Rob's looking to the future filming his ladies' man role, but he was recently home in the UK to talk about Remember Me ahead of its release there — PopSugar UK chatted with him about the movie, and the second installment of their interview series features Rob discussing how he decided on what would become his first project after Twilight. Rob also recently opened up about his newly unveiled wax figure, saying he hopes the designers gave him a hot six-pack. 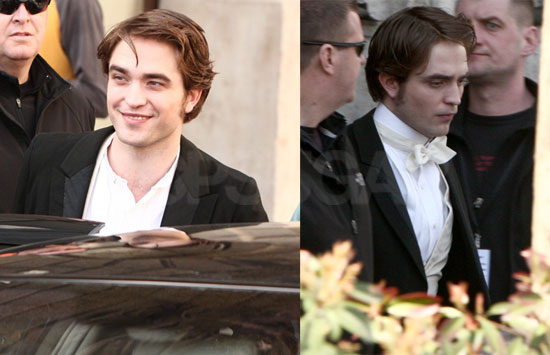