Robert Pattinson started his weekend in London by taking in a play and grabbing beers with friends, but yesterday he was already in Budapest to continue working on Bel Ami. He wore the old-timey costume that you guys are loving to film a tense-looking scene with costar Kristin Scott Thomas, after which Robert took a minute to peacefully and literally stop to smell some roses. Robert's all about his new lothario role, but just two weeks ago he was on the red carpet to promote the UK release of Remember Me. He chatted with PopSugar UK about his closest pals and how he'd fare in a fight — check out the first installment of their exclusive interview series! 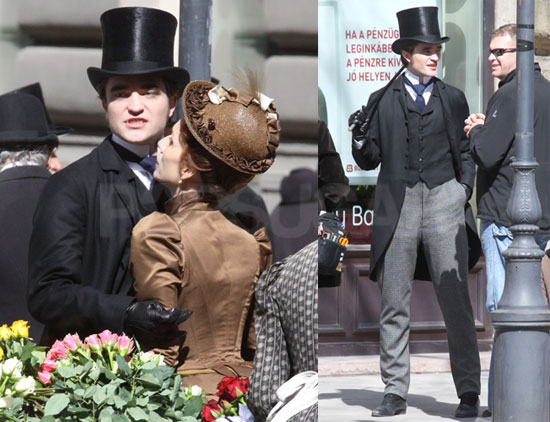